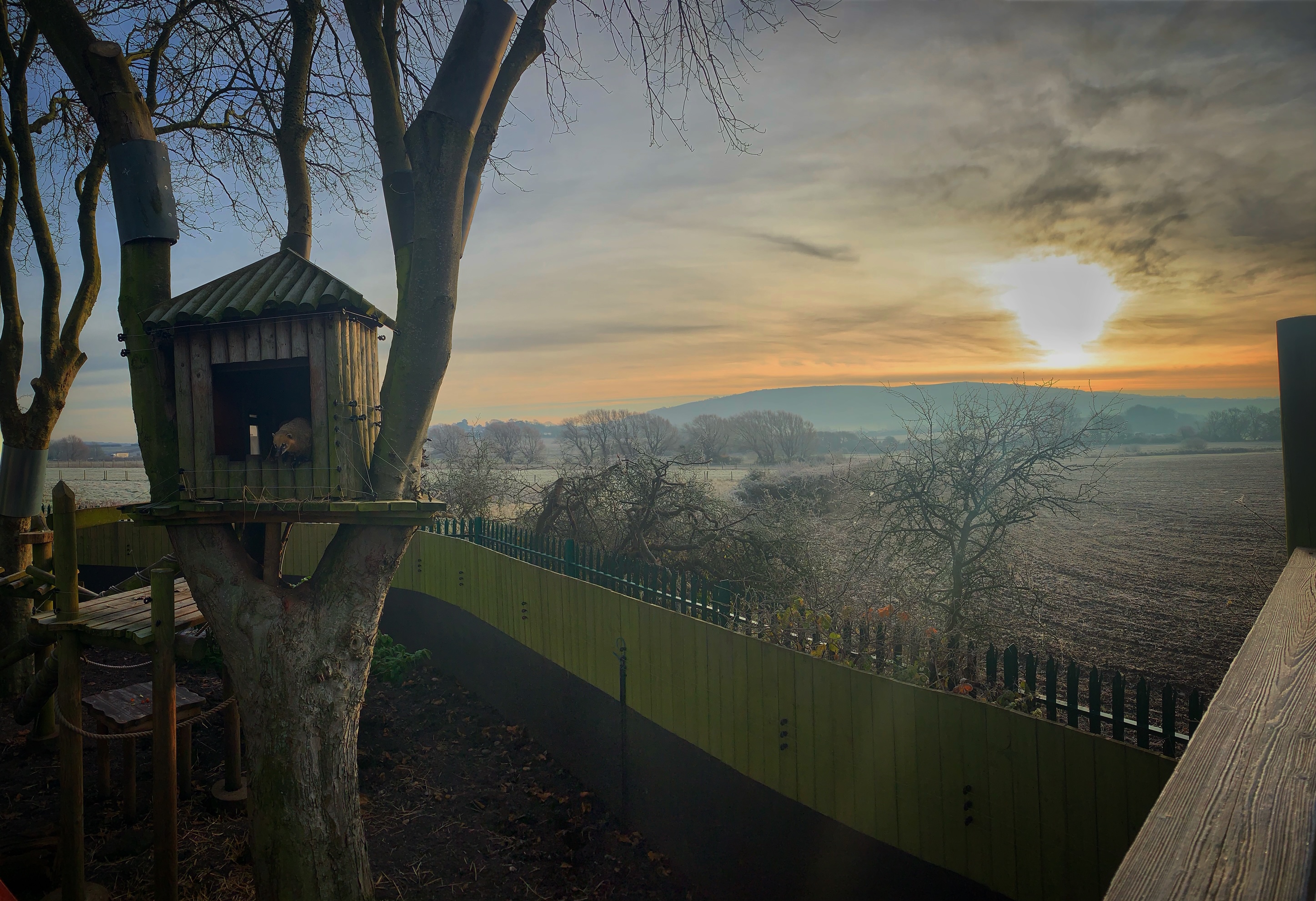 Early this morning Zookeepers at Drusillas Park in Alfriston clocked the temperatures to be a very chilly minus 0.5 degrees Celsius. Keepers have been pulling out all the stops to keep their animals warm and protected from the cold.

All of the animals at Drusillas have received extra bedding to ensure they have somewhere warm to snuggle up. The heating has also been turned up around the zoo, with heat lamps now remaining on throughout the day and night.

Drusillas’ Head Keeper, Sophie Leadbitter, said: “Most of our animals are completely unfazed by the sudden drop in temperature. Most of them were keen to explore their icy kingdom this morning! The coatis were straight out and nuzzling the frost, the penguins were swimming and the red pandas were sunbathing – so I think they’re all pretty happy!”

“For our red pandas Mulan and Anmar, the sudden drop in temperature has been a very pleasant surprise. They thrive in the colder weather; in the wild red pandas are native to the forest regions of China and Nepal where the climate remains cool throughout the year. They are far better equipped for the cold than the heat due to the thick layer of fur that covers their bodies, including their feet! Their activity levels increase in the winter and the precious pair have been out making the most of the cold snap!”

Unlike the red pandas, Drusillas’ lemurs have been less than impressed by the sudden drop in temperature. Madagascan ring-tailed lemurs prefer much sunnier climes and would swap sunbathing for frost any day of the week. The curious creatures spent a little time investigating the icy trees, but made a rapid retreat to huddle up under their heat lamps.

Head Keeper, Sophie Leadbitter, commented: “Our Snowy Owls have also been in their element. In the wild, these stunning birds inhabit the chilly skies above the Arctic, where temperatures are incredibly low and snow is common. In order stay warm in these conditions, they have dense plumage, as well as feathers covering their feet and beak to keep them nice and toasty.”

However, one species that particularly excelled in weathering the chilly conditions was the humans! The dedicated zookeepers were out in force, donning their thermals to ensure all their animals were cosy and warm.