Maarten Does It Again! 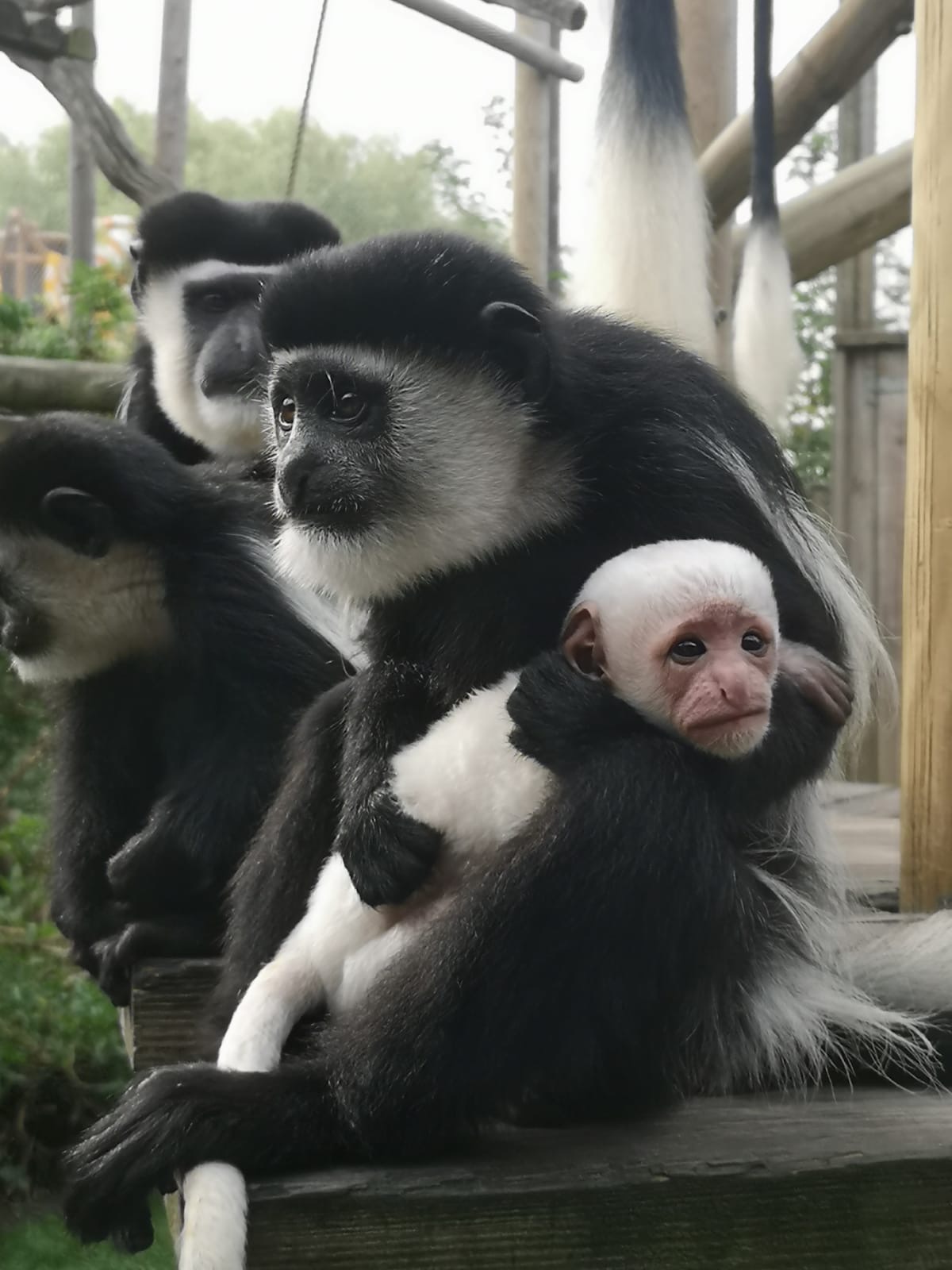 Slow blooming Casanova, Maarten the monkey, has proven himself to be quite the virile gent over the past year! Zookeepers at Drusillas Park in Alfriston worried Maarten might never find love, but in an epic turnaround of events Maarten has just welcomed his third child.

Last year, Drusillas Park sent out a lonely-hearts advert for Maarten the colobus monkey as the poor bachelor struggled with his confidence and couldn’t seem to catch a break. He was rejected by all the ladies in his harem and was the only animal at the zoo to have never been adopted.

In a happy turn of events Maarten was adopted multiple times after receiving some media attention for his lonely heart. Clearly a little taste of fame was all he needed, and Maarten became a brand-new man. His confidence has grown, he finally stepped up to his role as alpha and has now fathered not one, not two but three children in the space of a year!

Head Keeper, Sophie Leadbitter, said: “Oh our lovely Maarten. He was such a wet blanket when he first arrived bless him. He was too shy to approach the ladies, so they ruled the roost whilst he sat in the corner quietly doing as he was told. He even took his fair share of wallops for trying to join in. He had no adoptions and very little attention. He used to just sit there, holding his feet and looking oh so glum and every now and then got a thump from a female. We have always loved Maarten, but he was such a nervous fella that he just got walked all over.”

“How times have changed! Maarten is quite the stallion now. He has fathered three babies in under a year! He really has stepped into his natural role as alpha and he seems to be very successfully wooing his ladies.”

Maarten’s first attempt at ‘wooing’ his women didn’t go so well, and they firmly put him back in his place. Drusillas desperate Romeo was sent packing back to his corner following a clonk on the head from one of the females.

Head Keeper, Sophie Leadbitter, said: “Maarten is doing really well as a Dad and has been mucking in and helping out. It’s really lovely to see how much he has changed and grown – we never thought he would get a lady let alone have three babies! We are all pretty proud of him. Not such a sap anymore! Go Maarten!”

“Baby Yoyo has really taken her role as big sister seriously and even though she is only tiny herself, she can regularly be seen cuddling and rocking her new little brother.”

Drusillas will be launching a competition to name the new baby tomorrow evening. The competition is exclusive to social media and will be live on their Facebook page from 7:30pm on Wednesday 26th August.

The new baby is a boy, so keepers are looking for suitable male names! One lucky winner will not only get to name the baby but will become the first person to adopt the little monkey. The competition closes at midday on Monday 31st August 2020 and the winner will be announced shortly after.

Anyone who wants to be in with a chance of winning should go to the Drusillas Facebook Page from 7:30pm on Wednesday for details of how to enter https://www.facebook.com/drusillaspark/ 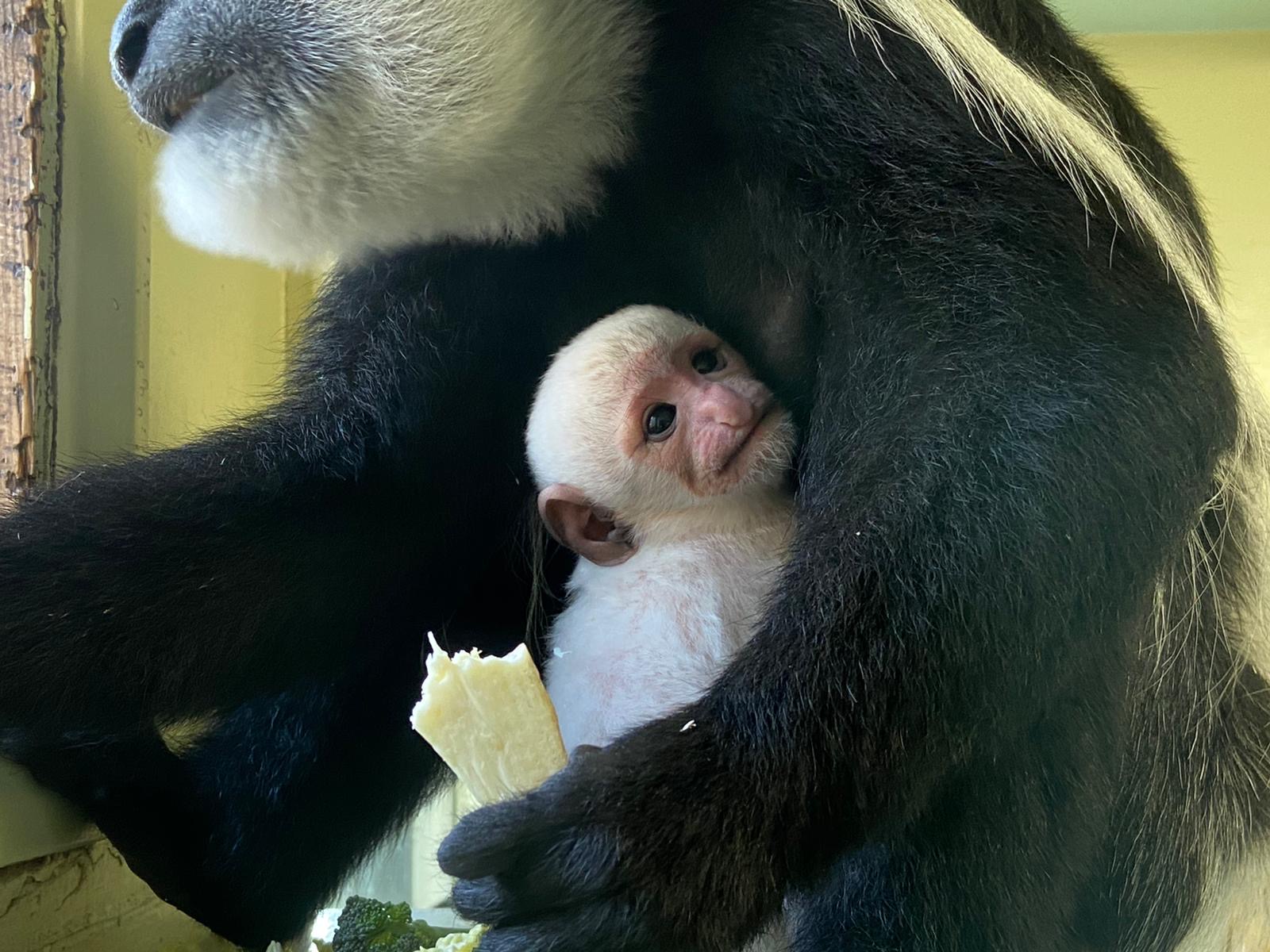