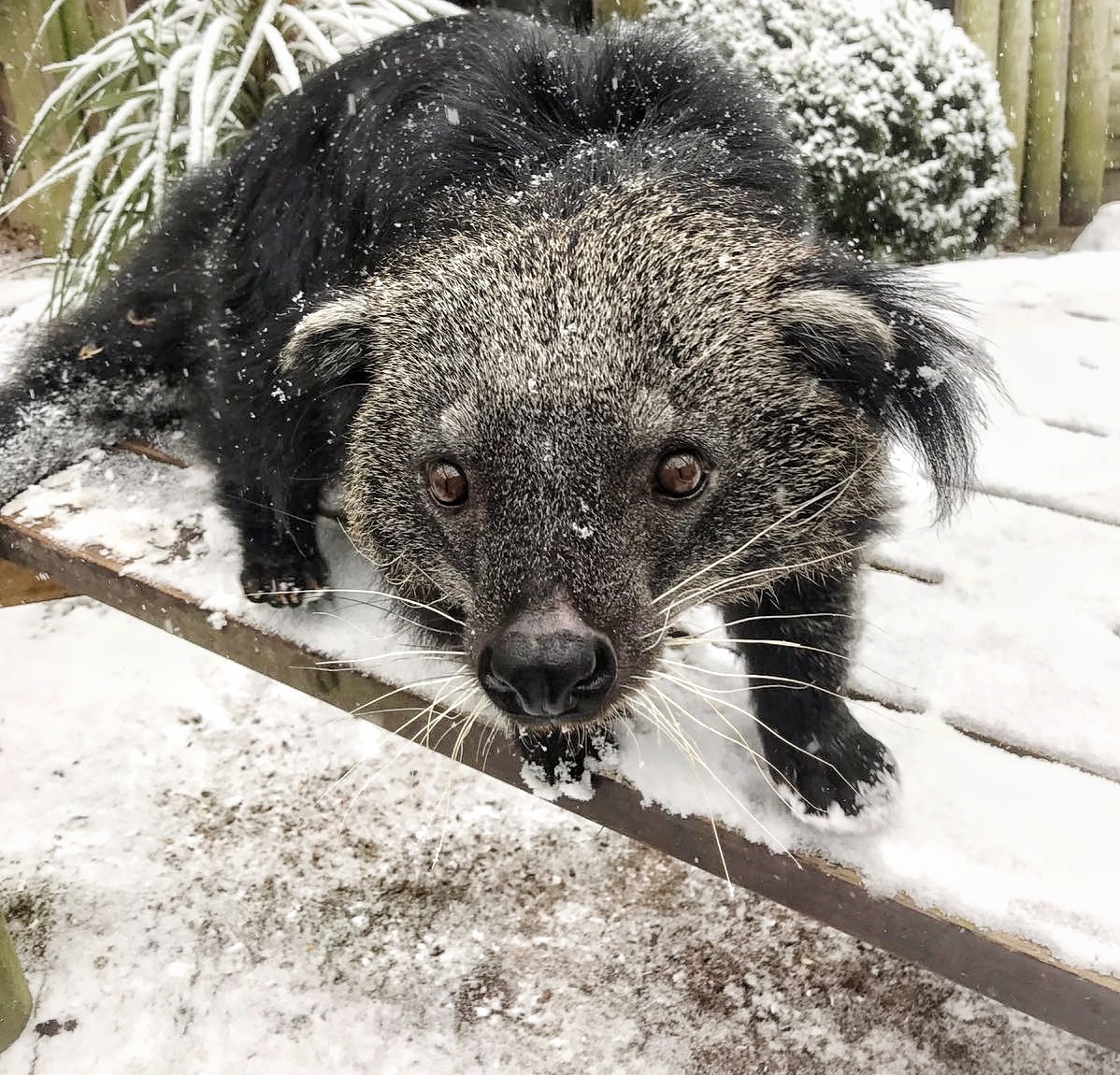 After sweeping in from Siberia, the ‘beast from the east’ coated most of Britain in a thick layer of snow last night. Whilst most of us have been cranking up the heating and putting on extra layers, Drusillas Park’s very own sweet beasts from the east have been out and about and exploring the snow.

Hailing from the Himalayan Mountains of China, India and Nepal, Drusillas’ red pandas are well suited to colder climes. The beautiful creatures thrive in the cold and are perfectly equipped to deal with icy conditions thanks to their long, thick fur and big bushy tails. Red pandas even have a thick layer of fur on the soles of their feet to help keep them warm when they walk on the snow.

Drusillas’ Head Keeper, Mark Kenward, said: “We had a really good dusting of snow this morning; it was lovely to see Drusillas turn completely white! Most of our animals are staying well away from the snow and snuggling up next to heaters, but our red pandas Mulan and Anmar were straight out with no hesitation whatsoever; they absolutely love this kind of weather!”

“Red pandas use their big fluffy tails as blankets to keep themselves warm when it’s cold outside; so you can see Mulan and Anmar up in the trees today, having a nap with their tails curled around them for warmth.”

However it’s not only these sweet beasties that have been enjoying the snow, another rare eastern beast has been out and exploring today. Drusillas’ Binturongs, Angkor and Penh, have been taking it in turns to check out the strange sparkly white substance covering their enclosure.

Unlike the red pandas, Binutrongs are not used to the cold and in the wild they can be found roaming the tropical rainforests of south-east Asia. These unusual animals are happiest in the treetops, where they move from branch to branch using their tail like an extra hand.

Despite also being known as bearcats, binturongs are actually related to neither bears nor cats. However, with their cat-like whiskers, long prehensile tail, and stocky bear-like body it’s easy to see where the name comes from!

Head Keeper, Mark Kenward, said: “Binturongs really are amazing animals. Bizarrely, they always smell really strongly of popcorn! Although the reason they smell so good is not that pleasant… the smell actually comes from their wee! Maybe not something you want to think about whilst eating your butterkist!”

“We were actually really surprised that Angkor and Pehn ventured out into the snow today, normally they would stay well away from the cold, but they seemed pretty keen on investigating!”

Temperatures are expected to drop again as the monster storm rages on. Experts in the Met Office are even predicting that the cold snap will cause temperatures to go as low as minus -15 celsius in some parts of Britain this week.

Drusillas’ Zoo Keepers have been working round the clock to make sure all of their animals stay warm in these arctic conditions. The heating has been turned up, extra blankets have been handed out, and hot water bottles have been distributed to the animals who feel the cold the most. 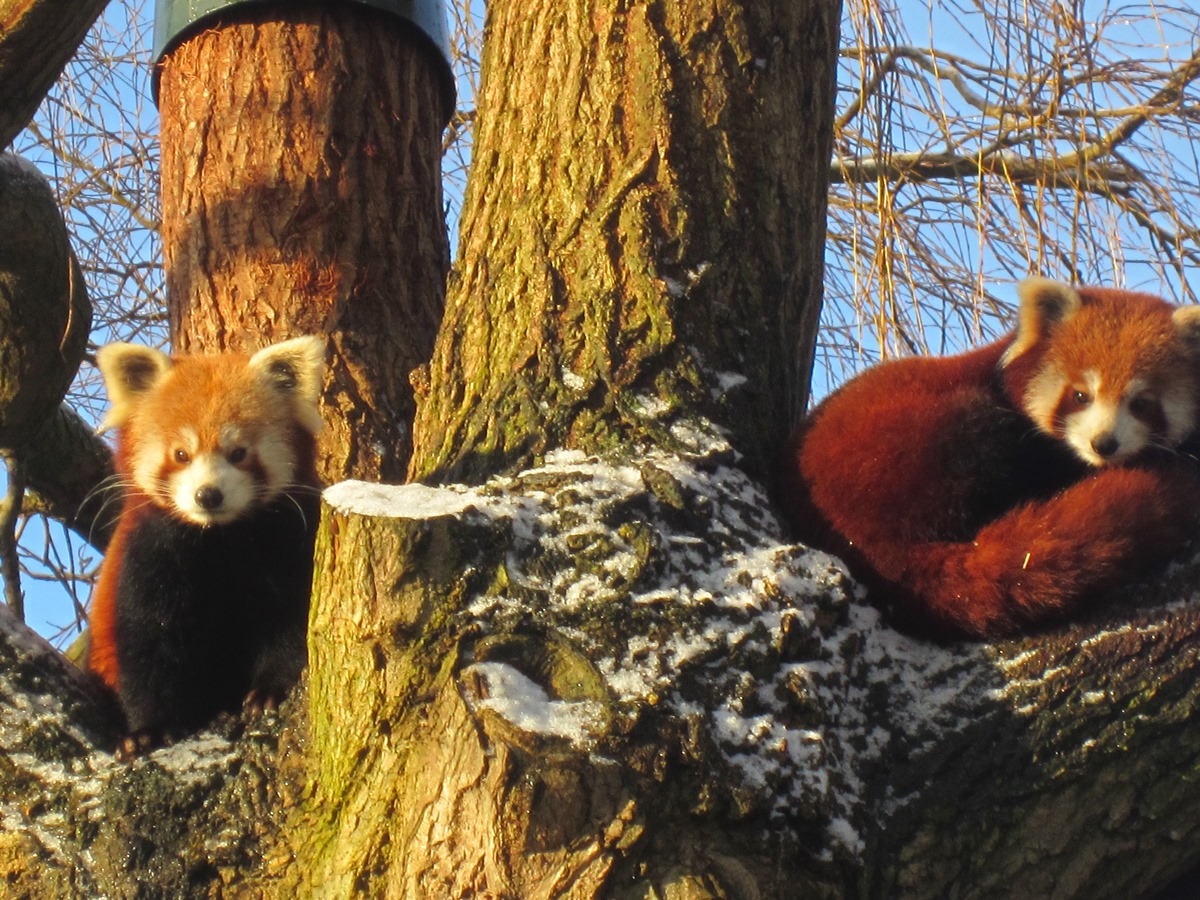 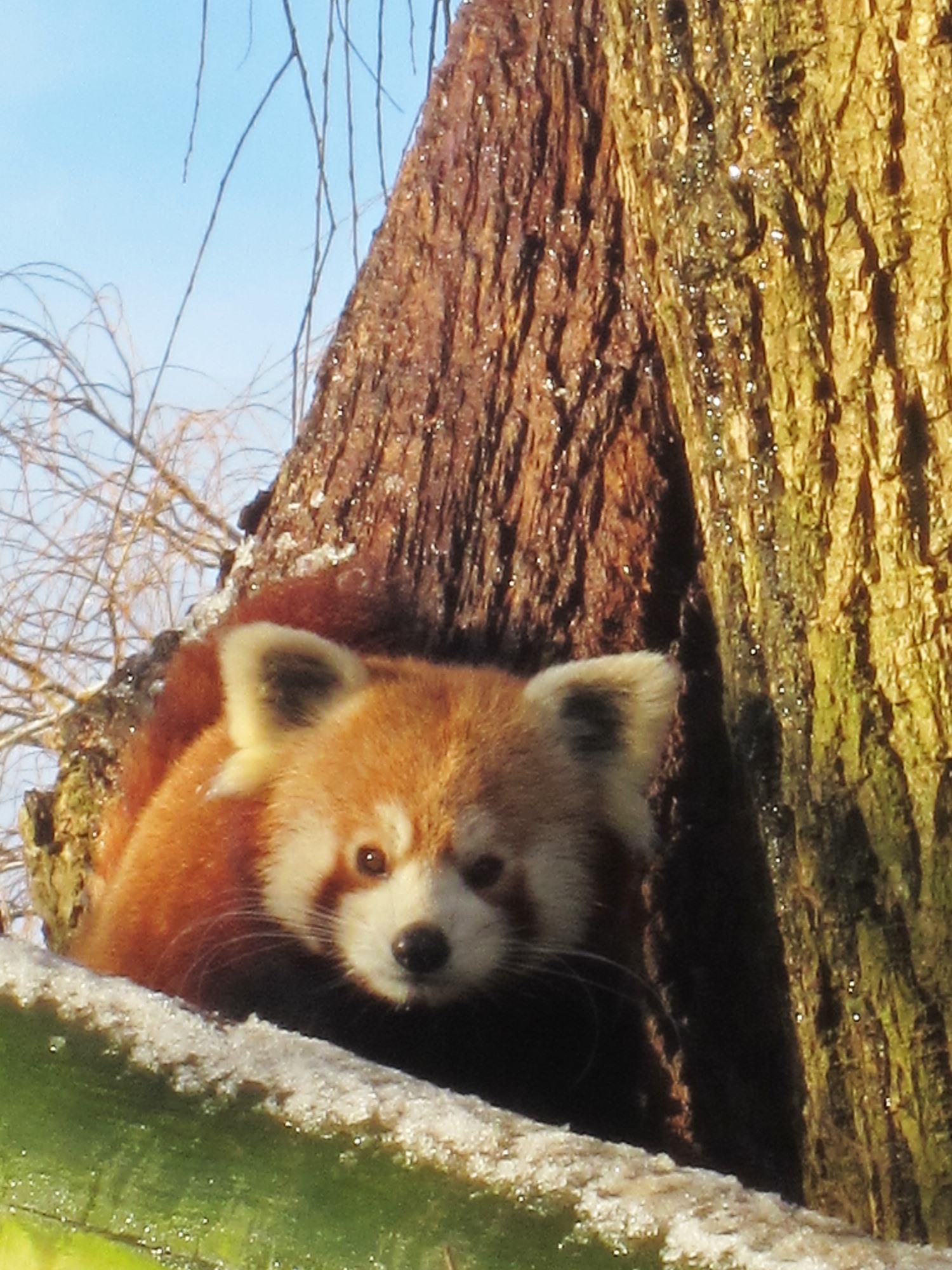