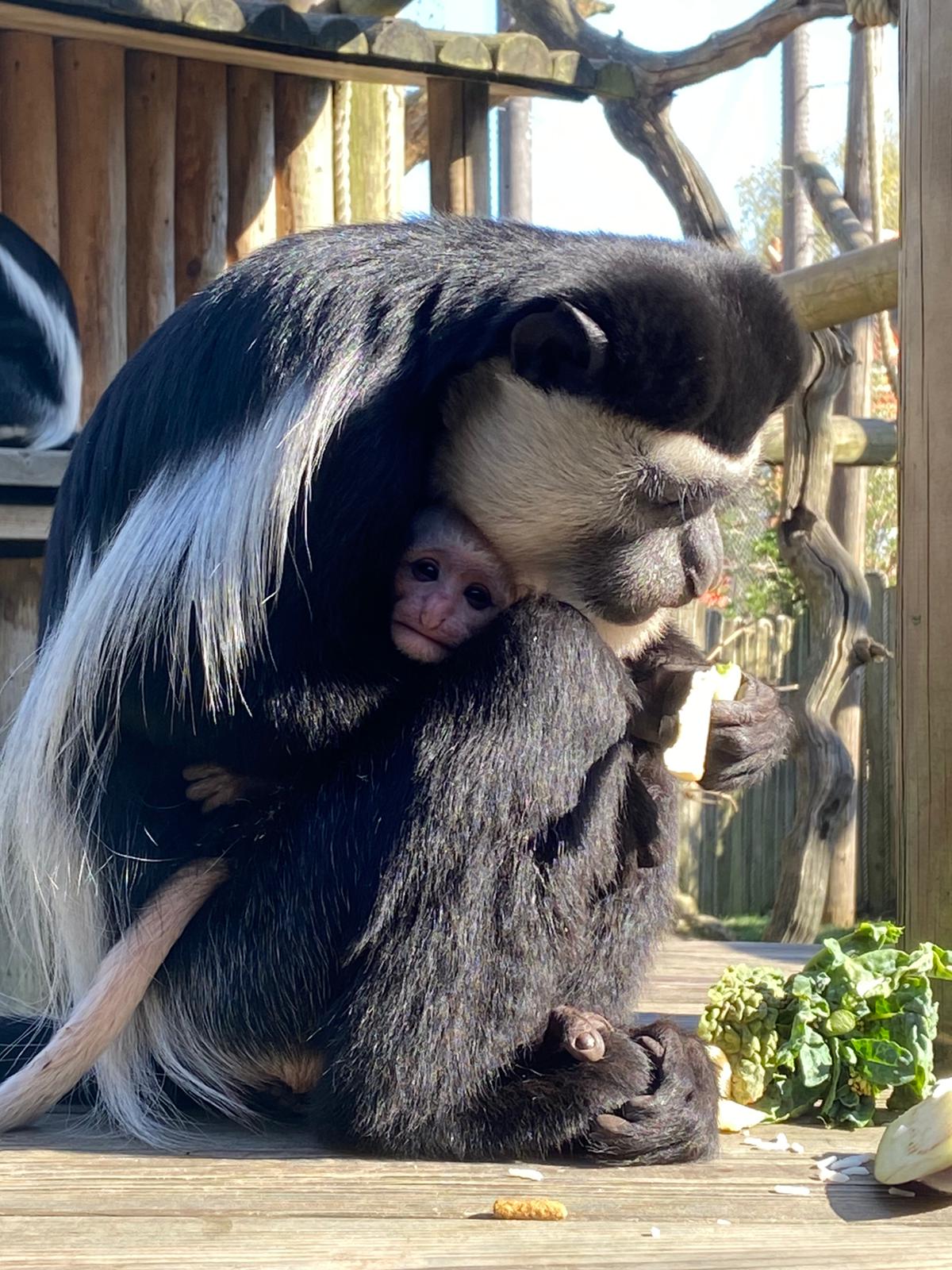 Drusillas Park in Alfriston are ecstatic to announce the birth of a beautiful baby colobus monkey. The tiny bundle of mischief is just five days old and has been delighting eagle eyed visitors already.

Colobus Monkey, Makena, has been caring day and night for her new arrival. This is Makena’s third baby in under two years, so she is well practiced with motherhood. She has already been enlisting the help of her two other little ones, Yoyo and Romeo, to help look after the baby.

Zookeepers are eager to name the baby and are asking for help from the public to come up with some creative naming suggestions! A Facebook competition to name the little monkey will be launched at 7:30pm on Friday 23rd April and will close at midday on Monday 26th April, with the winning name being announced soon after.

All name suggestions must be gender neutral as the monkey is too young to sex at the moment, so keepers won’t be able to determine its gender for quite some time. Anyone who wants to be in with a chance of winning should go to the Drusillas Facebook Page on Friday for details of how to enter https://www.facebook.com/drusillaspark/.

Head Keeper, Sophie Leadbitter, commented: “We are so pleased! It’s great to have another baby in the colobus family! He or she, we don’t know which yet, is so beautiful and can be seen clinging to mum Makena as she jumps around the enclosure.”

“Our visitors really love to see zoo babies, so if you are coming to Drusillas, keep your eyes peeled for a baby monkey in the colobus enclosure! Unlike their black and white parents colobus babies are completely white all over, so they are easy to spot! Their black fur doesn’t start to grow until later.” 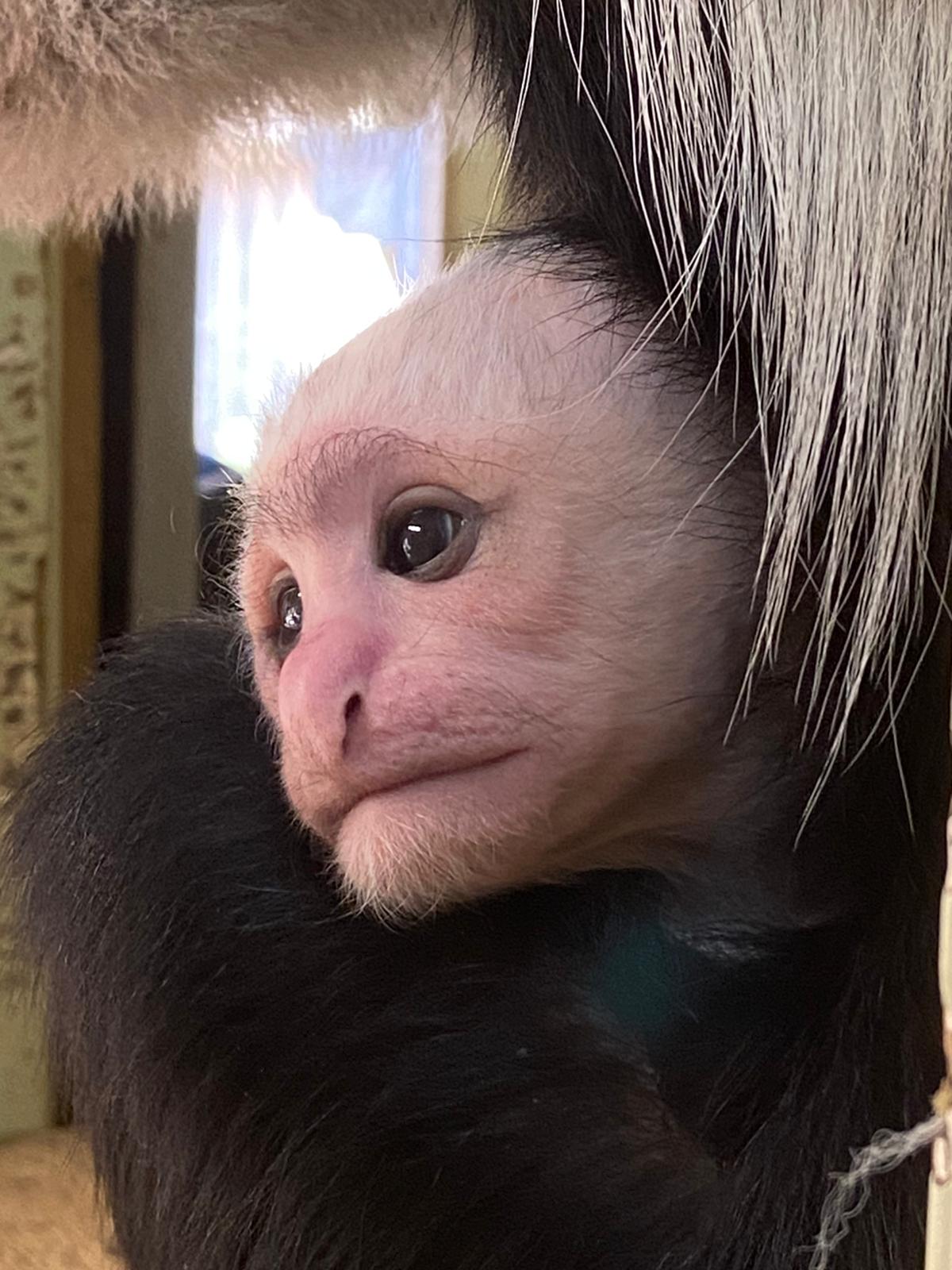 This birth is particularly exciting because until recently Drusillas hadn’t had a baby colobus monkey for nearly 8 years, and now they have had three babies in less than two years!

The cheeky little monkeys have always been a popular at the zoo and the tiny white fluff ball has been making excellent progress.

Zoo Animal Manager, Mark Kenward, commented: “We are absolutely thrilled with our new arrival and the whole family is doing really well. Older sister Yoyo and older brother Romeo are fascinated with their new sibling and keen to start playing all together. Yoyo is very interested in motherhood and keeps trying to hold the little one, even though she’s not much bigger than a baby herself!”

“We always love the name suggestions we get from the public so we are really excited to see what you all come up with this time!”

The colobus monkey enclosure can be found next to Drusillas farmyard and the meerkat enclosure.