Babies to the Board - Drusillas Appoints New Managing Directors

From climbing forts to holding one - brother and sister team, Ollie Smith and Cassie Poland, have officially taken the reins of Drusillas Park, completing their journey from babies toddling around the Park in the 90s, to the newly appointed joint Managing Directors of the Sussex attraction. 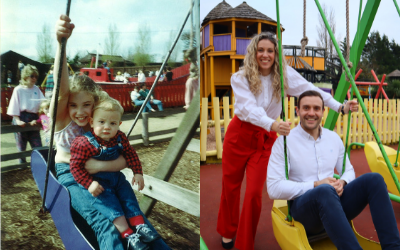 Their parents Laurence and Christine Smith acquired Drusillas after selling their nationwide recruitment business in 1997. It meant Ollie and Cassie were frequent visitors as infants. They both worked their way up the ranks over the years, taking on various roles in the zoo, retail, education, and marketing departments, before spending time at the helm under the experienced guidance of their parents.

At the heart of Drusillas is a very strong set of family values, and the succession announcement continues this core family-centric tradition, as the baton is passed down a generation. 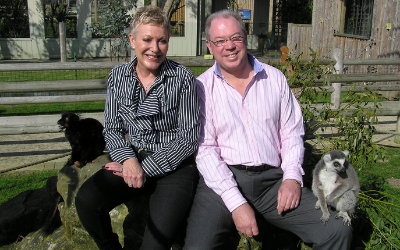 Cassie started her career in the retail and warehouse team, then spent time in the education department, before heading up the marketing department for six years. When Christine retired in December 2018, Cassie assumed a leadership role as Joint Deputy Managing Director, taking on many of her duties. Cassie was crowned ‘Business Woman of the Year’ by Johnston Press in 2018, and was appointed to the BALPAA (The British Association of Leisure Parks, Piers and Attractions) committee in 2021.

Cassie spoke about her career highlights over the years: “I feel very privileged to be doing a job I love and am thankful I get to work closely with my family. I have worked across many departments within the Park and I feel that’s given me a fantastic understanding of the business. I am very excited about the future of Drusillas and will continue to work hard to ensure it remains a place where families can create magical fun-filled memories together.” 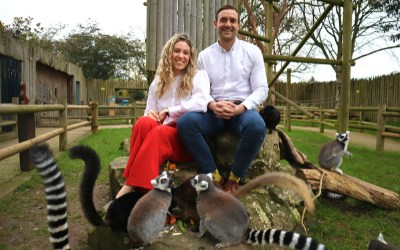 Ollie first joined the team in 2009, getting muddy and mucky working in the zoo, joined the Playland team in 2010, returned from university to run the marketing as maternity cover for Cassie in 2013, before taking up directorship in 2020. Ollie’s background in business and marketing brings a fresh perspective to Drusillas, which will be key to modernisation of the Park’s offering.

Ollie spoke about his progression within the company: “It has been fantastic to return to the Park where I spent my childhood. What I love about working at Drusillas is the variety of roles and responsibilities it brings. We have some very exciting plans in the pipeline but are also focused on the challenges that we face, as the task is not always straight forward! However, the objective is simple; keep Drusillas as the number one attraction in the South East.”

The pair’s sister, Caroline Steer, joined the Operations team in 2009 with her duties including driving the train and litter picking. She spent some time in the Admissions team, before working up to the role of Deputy Operations Manager, and eventually Visitor Services Manager in 2015. She left to raise her young family and remains a director, serving on the Management Board. 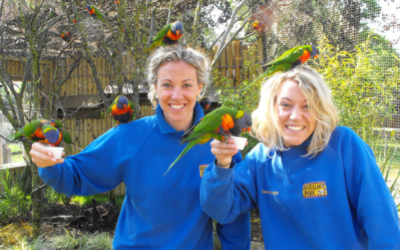 Resigning from his role as Managing Director this month, Laurence said: “Since we reopened in May 2021 Cassie and Ollie have effectively been running Drusillas. My role has deliberately changed, and the next step is for me to give myself a new title of Chairman. They’ve done a great job in difficult circumstances over the last year, and they have been ably supported by the Managers and senior staff, for which I’m most grateful. I’ll still be working on a part time basis - I don’t want the gold watch quite yet!”

The news comes amidst several big developments spearheaded by the siblings; the recent opening of SPARK - a state-of-the-art sensory attraction, renovation of the Park’s under 5s play area, migration to a new ticketing system, a new naturalistic animal enclosure, and the upcoming opening of The Rainforest Adventure attraction. They have certainly hit the ground running!