Zoo Keepers at Drusillas Park have been serving up an unusual version of the Mississippi mud pie to their resident giant anteaters. Hand-made with topsoil and water, this is not the usual fudgy delight most chocolate lovers would expect. 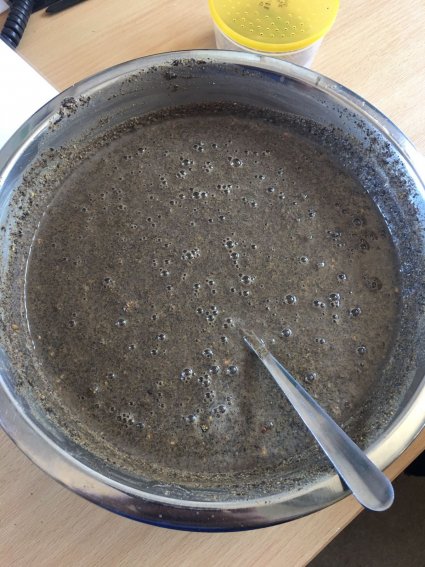 Earlier this year, Drusillas introduced Oli, a female giant anteater. She was the first of her species to ever appear the Park. After watching Oli settle in so well, Head Keeper Mark Kenward and Zoo Manager Sue Woodgate decided to find her a mate, and welcomed male giant anteater, Diego, at the end of last month.

Head Keeper Mark Kenward said:  “Giant anteaters have a fierce appetite and feast on around 35,000 ants and termites each day. Using their razor sharp claws and powerful forelegs they tear apart anthills and termite mounds, scooping up insects with a long sticky tongue that it can shoot in and out of its snout more than 150 times a minute.”

“In the wild giant anteaters would ingest some of the termite mound itself whilst they are feasting on the termites inside. The soil is essential to their diet and adds microbial and fungal content to their stomachs.”

Drusillas’ giant anteaters usually eat a specially made zoo powder, called Termant mix. This mix is carefully balanced to ensure it meets all of the anteater’s nutritional requirements. However, it is vital to their wellbeing that they also receive a certain amount of soil in their diet.

Head Keeper, Mark Kenward, said: “If the anteaters don’t get soil in their diet they can become poorly, appear unsatisfied and pace a lot more. Oli and Diego absolutely love their Mississippi mud pies; they wolf them down whenever they are offered.”

“The mud pie we feed them is much more literal that the mud pie dessert humans are used to. It’s made from 400g of Termant mix, 280g of sieved topsoil, and 815mls of water. Not a tasty treat for us, but for an anteater this is heaven!” 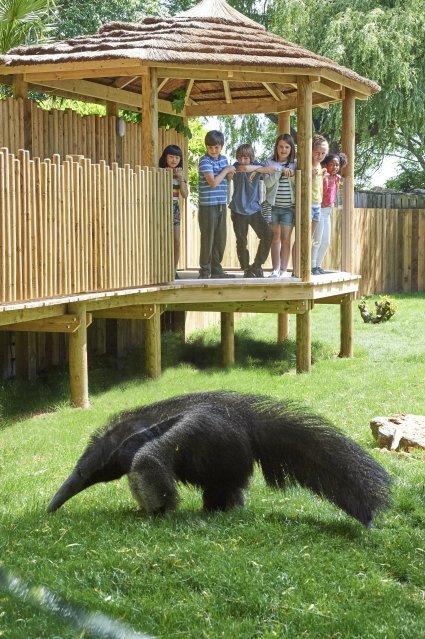