A Paw-fect Day at Drusillas Park! 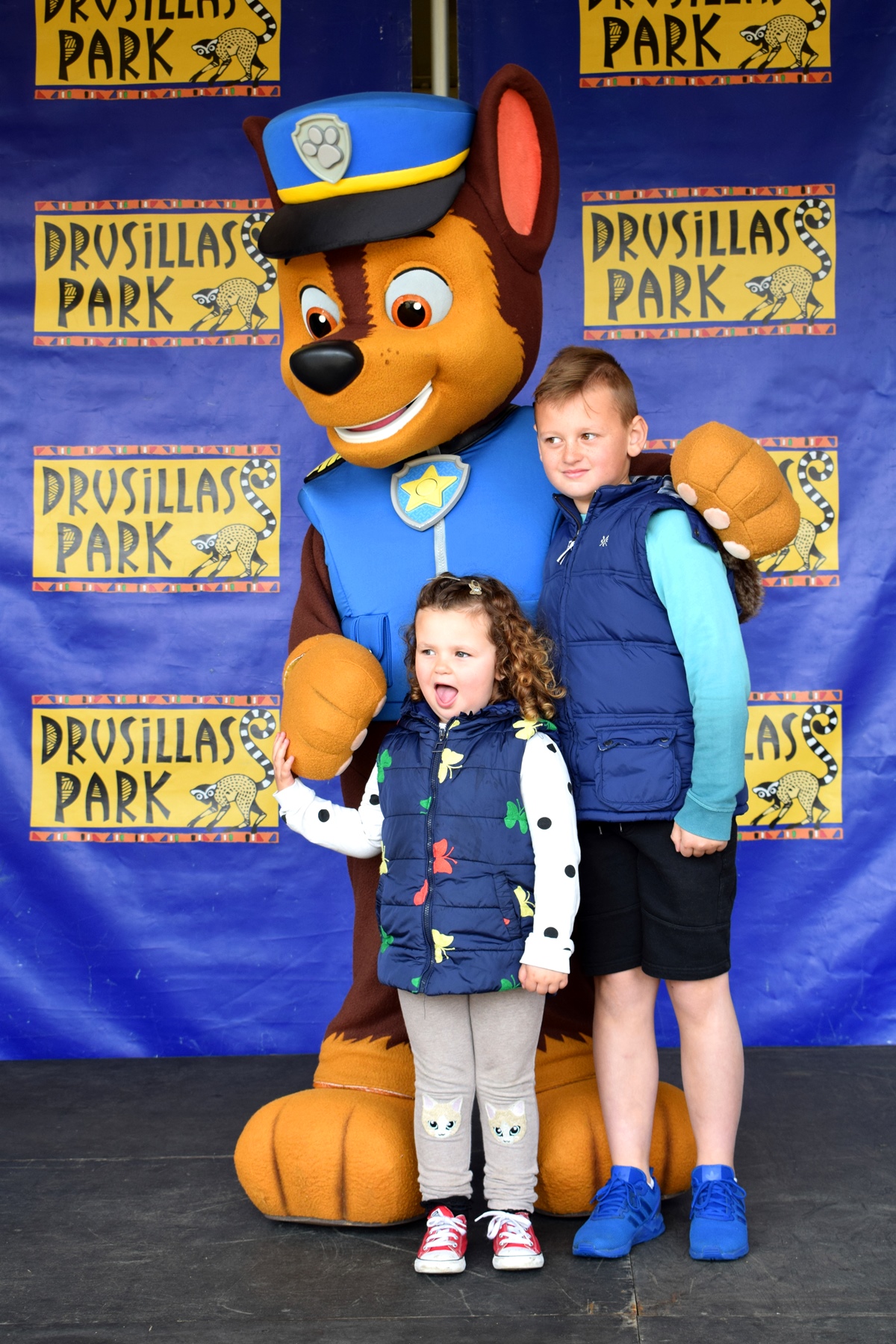 Kai and Elise Denahy from Woodingdean met their idols at Drusillas Park today (Wednesday 11th April 2018) when four-legged favourites, Chase and Marshall from PAW Patrol, made their debut appearance at the award-winning attraction in East Sussex.

3-year-old Elise and 8-year-old Kai were amongst hundreds of visitors who flocked to the attraction to meet the popular pair during the Easter holiday break.

Chase and Marshall are making alternating appearances at intervals throughout the day today in the Events Arena. They have been posing for pictures and carrying out some meet and greet magic, much to the delight of Kai, Elise and the other fans who had come down especially to see them.

Don’t despair if you missed them; there are still plenty more opportunities to see the dynamic duo at Drusillas Park this year, with further visits planned for Tuesday 7th August, Thursday 16th August and Tuesday 28th August.

Hold up folks because the fun doesn’t stop there, there are tons of amazing children’s characters coming to Drusillas a little later in the year! Come and meet Skye and Rubble from PAW Patrol (7th May & 25th July), see crime busting duo Owlette and Gekko from the PJ Masks (29th May), Meet the loveable Peppa Pig and her brother George (26th July) and have a turtley radical day with Leo and Raph from the Teenage Mutant Ninja Turtles (31st July). With all this excitement, you’d be bonkers to miss it!