Early this morning Santa Claus arrived at Drusillas Park and made a surprise visit to their animals! Carrying a sack full of treats and snacks, Santa stopped off at each enclosure and gave Drusillas animals some early Christmas gifts.

Little ears began to prick up as the jingle of sleigh bells rang through the zoo.  One by one furry and feathered heads popped up to see what all the commotion was…Slowly it dawned on Drusillas animals that Santa was finally here…

Head Keeper, Gemma Romanis, said: “After a month of not seeing any visitors our animals were really starting to miss people! They have our company every day, but its not the same as having crowds of interesting faces to look at and interact with. The minute Santa walked into the zoo; our animals went wild with excitement! The monkeys couldn’t get enough of Santa, they all ran to the front of their enclosures to have a really good look!”

“I think Maja the red panda was the most excited to see Santa. Maja is a bold and playful character on a normal day, but when he saw Santa he came running straight up, held onto Santa’s hand whilst he ate his Christmas treat of panda cake and then really didn’t want to let him go! Maja followed Santa all the way the door of his enclosure, it was actually really lovely to see the instant bond!”

Delivering the animals’ meals in imaginative and unusual ways is all part of the zoo’s daily enrichment programme, with Christmas being no exception. This ensures they receive a varied and diverse diet, as well as encouraging them to think and work for their food as they would in the wild. 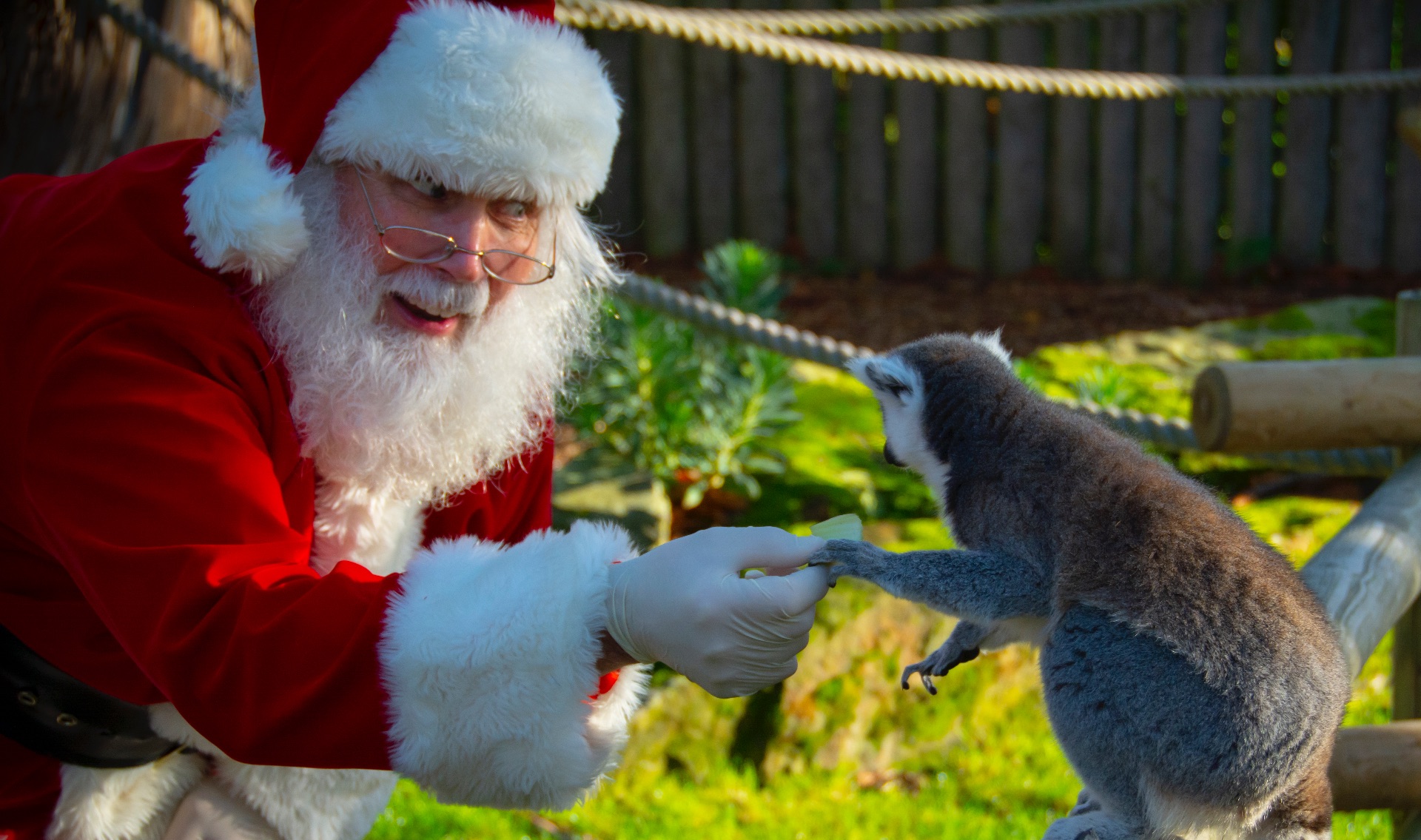 Santa Claus made his way through the zoo, waving to the animals and calling “Merry Christmas!” before stopping off to give them their Christmas treats. Santa made a special stop to feed the penguins, who came waddling happily out of their beds and jumped straight into the pool to receive their fishy snacks.

Drusillas Lemurs were very excited to meet Santa and gathered around him to listen to his stories from the North Pole. Shadow the lemur even jumped on his lap to tell Santa what he wanted for Christmas. 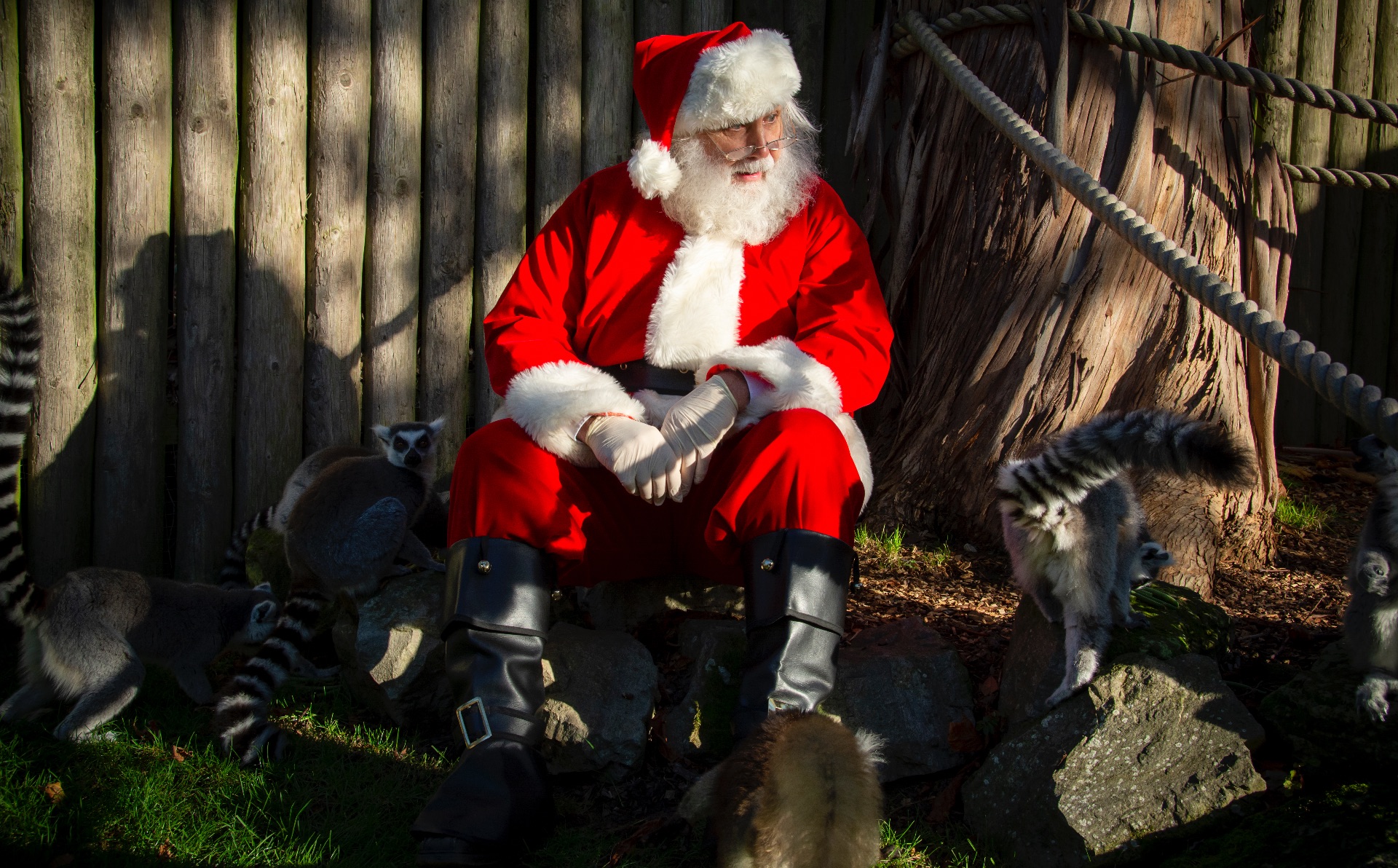 The final stop of the day was to Drusillas Rainbow Lorikeets, who took a real shine to Santa. Before he could even give them their gifts, they had flocked to him; perching on his head and arms eager to hear what magical things he had to tell them.

Head Keeper, Gemma Romanis, said: “It was such a special treat to have Santa in the zoo! Of course the zoo team were thrilled to see Santa too, many of them didn’t know he was coming so it was really lovely to see their faces light up when he rounded the corner and gave a merry ‘HO HO HO!’.”

“Our animals really enjoyed meeting Santa. We didn’t actually expect the reaction we got! It really brought a smile to my face to see how happy the animals were to meet him. What a great day of Christmas magic!”

Santa Claus is now settling into his cosy Christmas Cottage at Drusillas and will begin meeting good little girls and boys from Saturday 5th December 2020. Visitors can also come and see Drusillas twinkling 24-ft Christmas tree and soak up the festive atmosphere with mulled wine and mince pies. 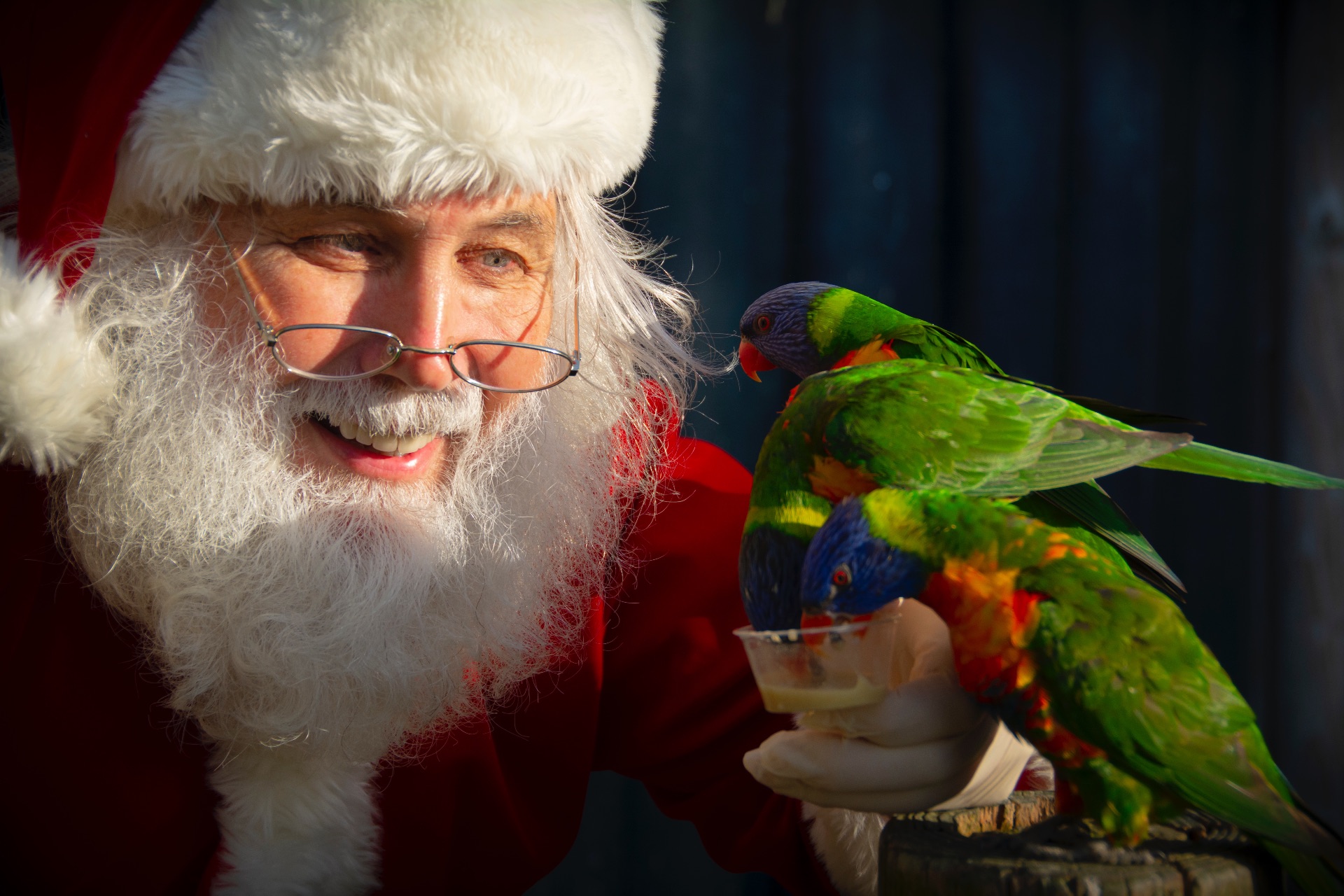