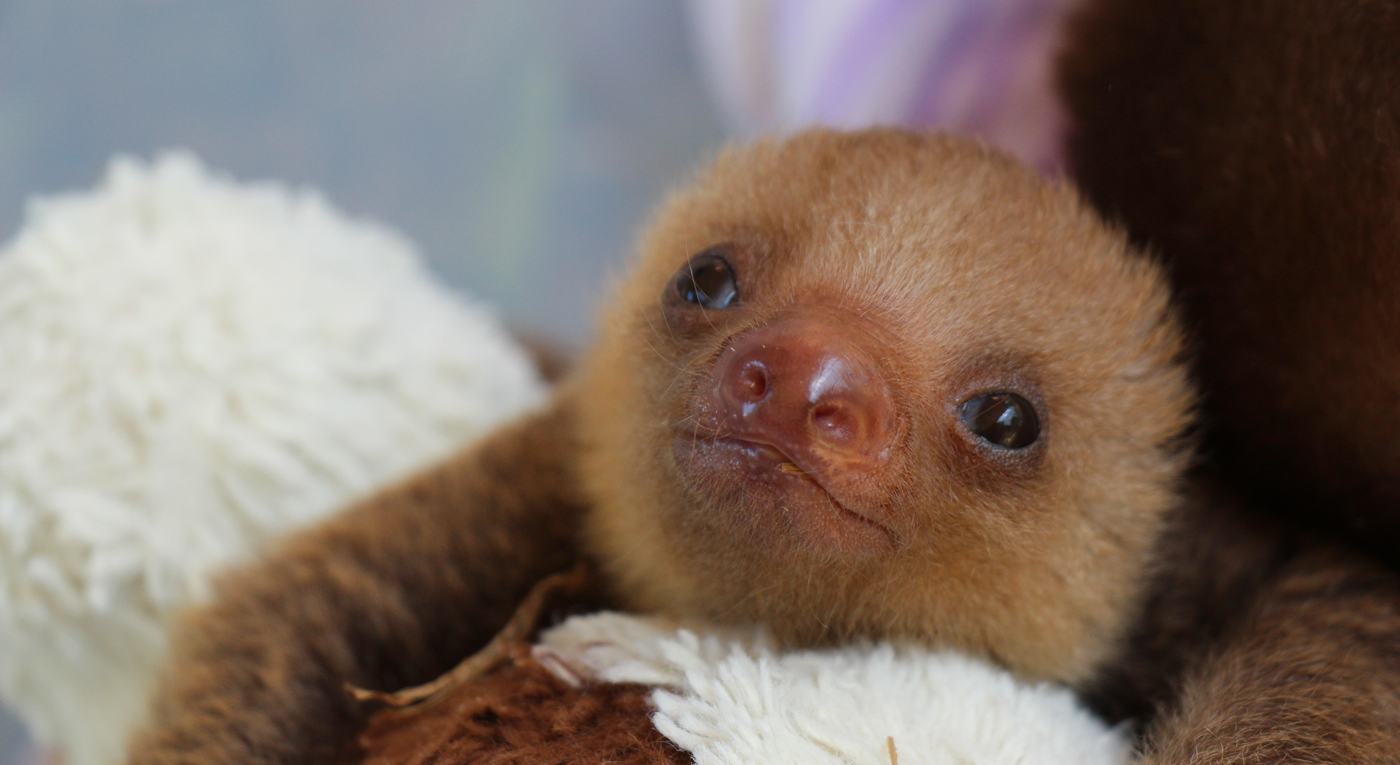 Drusillas Park in East Sussex is celebrating International Sloth Day today! Recognised across the globe, this special day is designed to raise awareness for this bizarre and wonderful species.

International Sloth Day was originally created by the Foundation AIUNAU, a Columbian not-for-profit conservation and wildlife organisation. They hoped that by creating the day they could help the public to learn about the importance of the rehabilitation, well-being, and conservation of sloths.

After spending a year-and-a-half successfully hand-rearing Flash, the orphaned two-toed sloth, Keepers at Drusillas have every reason to celebrate the day.

Zoo Animal Manager, Mark Kenward, and Deputy Head Keeper, Gemma Romanis were responsible for Flash’s care and worked around the clock to look after the infant, including getting up for night feeds every three hours.

Taking on the parental care of Flash was a huge commitment, and both Gemma and Mark created activity pens in their homes to keep Flash occupied. They also both helped build a sloth gymnasium at the zoo, which was designed to encourage muscle development and increase activity, whilst providing additional stimulation.

Zoo Animal Manager, Mark Kenward, commented: “We are very lucky to have some beautiful sloths living at Drusillas, so it has always been wonderful to celebrate International Sloth Day. It does feel a little more special since we’ve had Flash, just because she became like a surrogate child to me! It’s really quite touching to be able to mark the day with Flash and to be able to see how much she has grown and benefitted from the intense care we gave her. It just goes to show how important conservation and rehabilitation initiatives are.”

“It’s been tough, but we couldn’t be happier with Flash’s progress. Flash is thriving in her new enclosure with her roommate Gordon; it’s really brilliant to see. They will be getting some extra helpings of their favourite leafy greens and veggies today!”

Drusillas Park is also currently supporting The Sloth Conservation Foundation (SloCo) as their charity of the year and have raised over £5,000 for the charity in the past few months. These essential funds will help SloCo to prevent habitat loss in Costa Rica, educate local communities on conservation, build rope bridges over roads to help sloths safely cross, further their scientific studies of sloths and much more.

To find out more about Drusillas Conservation Charity of the Year, please visit: https://www.drusillas.co.uk/conservation-charity-of-the-year