As a firmly traditional fellow, it’s not often Santa is seen outside of his familiar setting of cosy cottages and snowy skies – but this week at Drusillas, Saint Nick was dodging crocodiles, diving into a coral reef and feeding animals in Africa, in their new immersive experience!

SPARK - a technicolour 360° interactive projection space - took Santa on a magical sensory adventure meeting elephants, playing in waterfalls, and even taking a ride on a zebra. 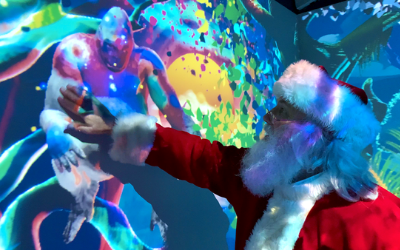 Santa said: “It’s a magical world, it’s like nothing I’ve ever seen before. A wonderful place for the children to play in! I’m not sure how it all works, it must be awfully clever technology and it’s such good fun. It’s been a while since Santa slid down a slide I can tell you!” 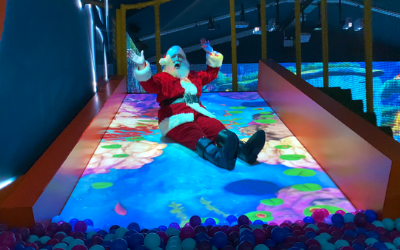 Santa continued: “I painted animals with my finger tips, rode an ostrich for the first time, and I met a rather friendly elephant, all without having to wake my reindeer. It was very exciting, and I think might just be my favourite thing in the Park. Marvellous!”

SPARK offers nine interactive games that have been cleverly designed to seamlessly flow from one to another throughout the space, transforming an ordinary space into an extraordinary world. 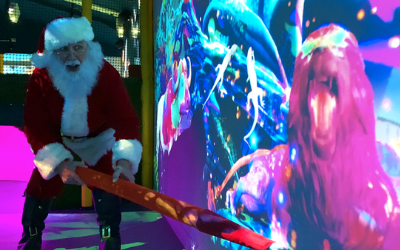 Grab yourself a giant pencil and watch the walls animate as you paint beautiful animals, or design your own creatures and release them into the digital wild. Watch as colourful fish follow down the coral reef slide, take aim in the pool ball as your strikes feed hungry animals, and manipulate clever illustrations with jumps and leaps! 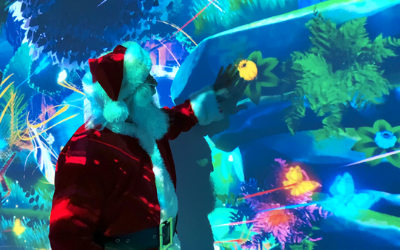 The experience will be open daily from 11th December - 3rd January (except during Christmas closures), alongside Santa’s Cottage, husky ice cave, festive food and a glittering 24 foot Christmas tree.

Santa finished: “I ho-ho-hope you’ll try out SPARK when you come to see me at Drusillas, I’m so looking forward to seeing you all, but do watch out for those crocodiles when you visit, frightful things!”