Hang out with us all year round for only 22p a day! 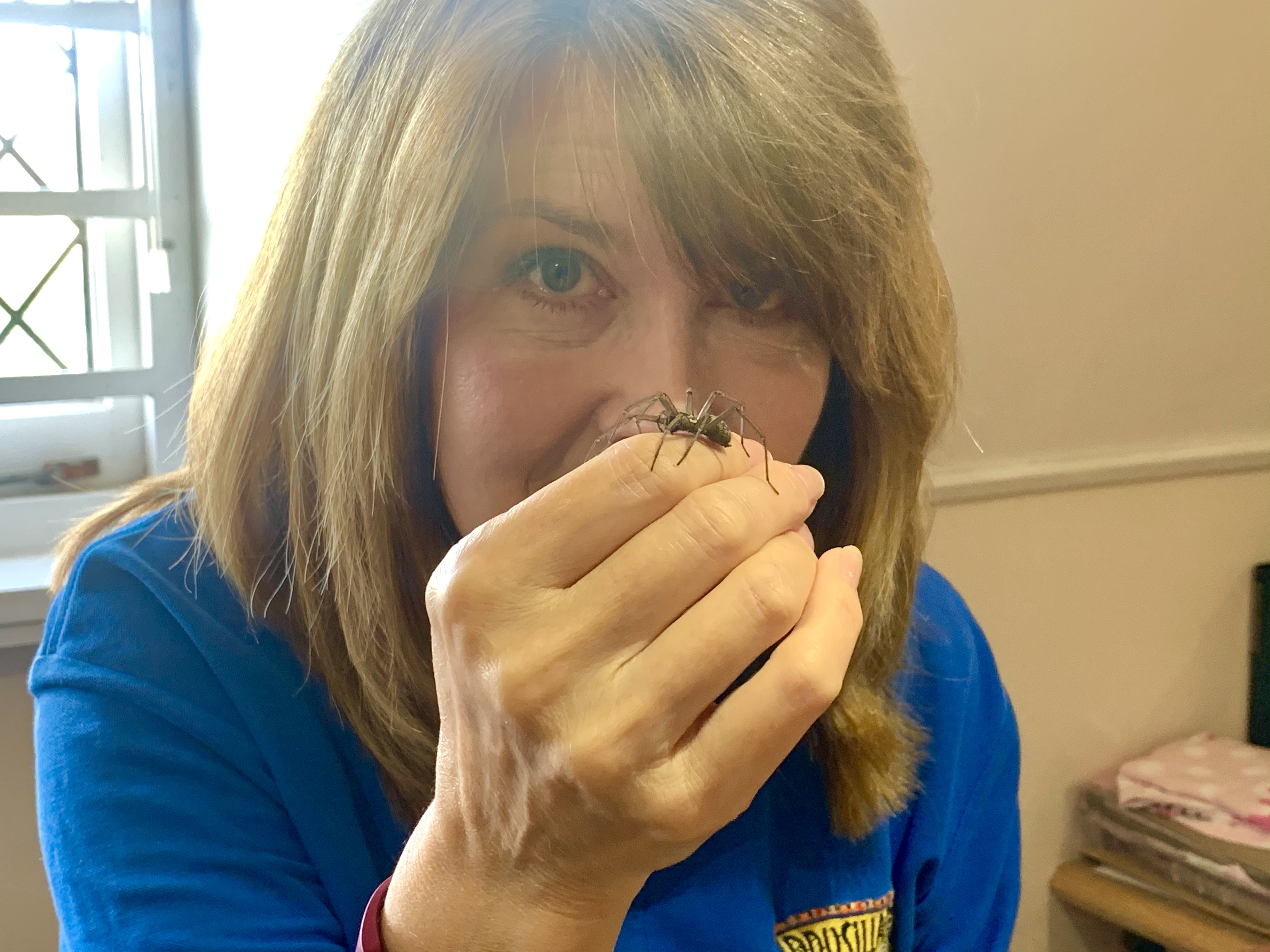 It’s that time of year again when our homes and gardens become overrun with eight-legged invaders. Giant house spiders, which can grow to as big as 12cm in length, will be becoming increasingly present in UK homes as the weather starts to get cooler and wetter.

For Drusillas Park’s spider expert, Angela Hale, it is a familiar tale. At this time of year, she can expect to be contacted by a number of nervous callers each day, who have stumbled across a larger than normal unwelcome guest. 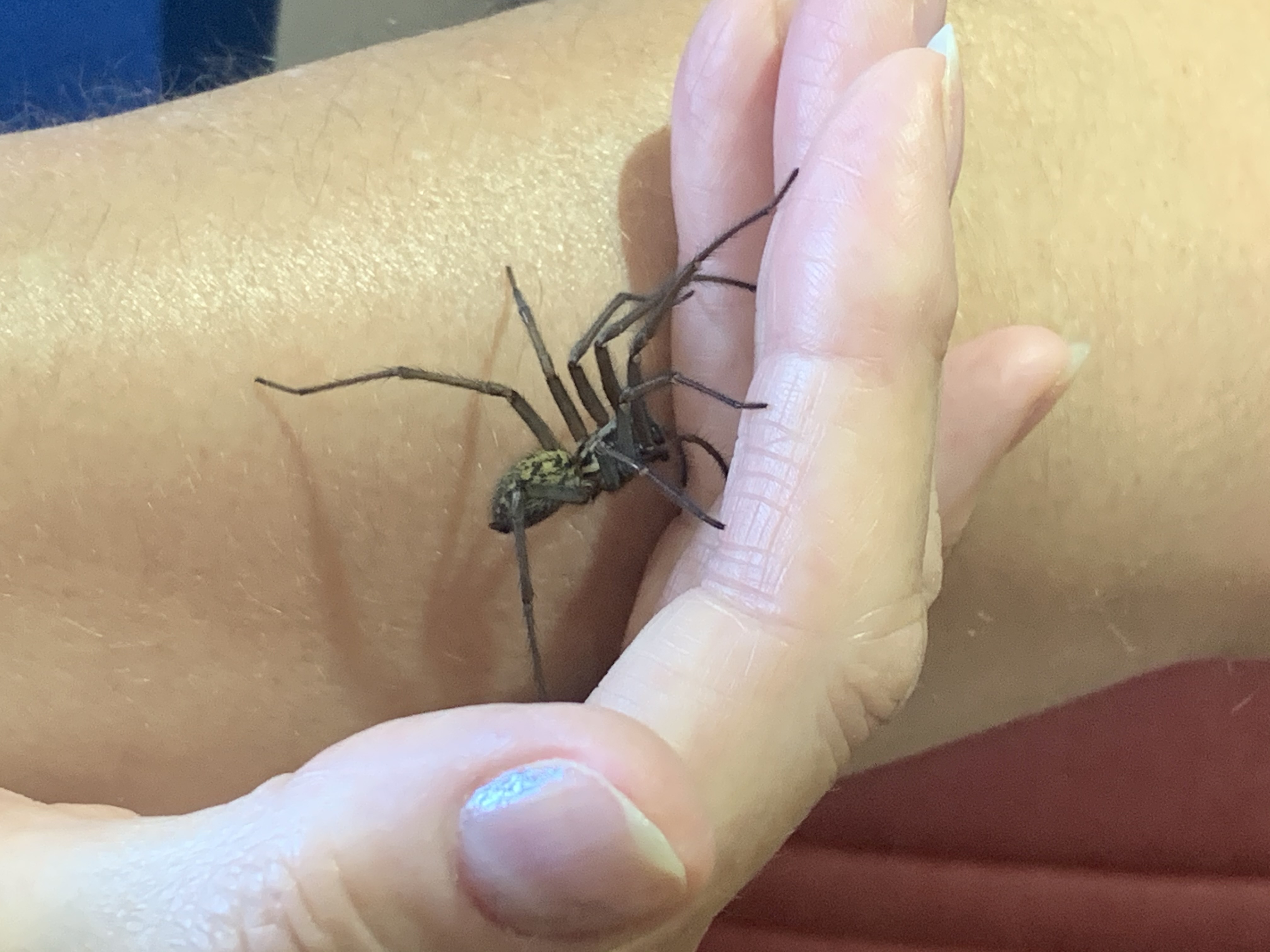 Spider expert, Angela Hale commented: “As we approach the autumn season, adult male spiders will be starting to move around and look for mates, so it will appear as though there are suddenly a lot more spiders around. Lots of female spiders will also be pregnant at this time of year so they will appear larger and a little clumsier as their bodies are swollen with eggs. Due to the temperate conditions a lot of people have been out working in their gardens and spending time outdoors. They are therefore noticing the spiders more, as they are larger and more visible at present.”

“In addition to this, the milder weather has meant there are a lot of insects around at the moment, providing an abundance of food for spiders to feast on. This has allowed spider populations to soar.”

Lovingly known as Tarangela amongst her colleagues, Angela knows almost all there is to know about arachnids. In addition to her work at Drusillas Park, Angela is also the secretary of the British Tarantula Society and has spent over thirty years studying and identifying our native eight legged friends; she even keeps a collection of over 150 spiders at home in her spare bedroom!

Angela commented: “Here in the UK we have over 800 different types of spider, none of which are dangerous to humans. On the contrary spiders are actually extremely helpful and harmless creatures, but despite this fact, they instil fear in many and have a terrible reputation.”

“What people don’t always realise is spiders are an integral part of the ecosystem and are working to help us. They eat the insects on your plants but never eat the plants, making them a garden’s greatest ally. However, even more importantly, these little wonders consume countless crop-destroying, disease-carrying insects annually saving both livelihoods and lives.”

“There is no good reason to be afraid of spiders. The vast majority of spiders are harmless and extremely beneficial invertebrates.”

“Our native spiders pose no threat to us. They are essential to our ecosystem; they are our friends, not our enemies so we need to find a way to learn to live alongside them. They really are more scared of you than you are of them and would much rather run away. Even the big spiders such as tarantulas don’t want to hurt you. They are very docile and quite friendly if you give them a chance.”

“If you do find an unwanted guest, please bear in mind the wonderful work they do. Take the time to remove it humanely by gently placing a glass over the spider, then carefully pushing a piece of paper underneath; you can then move it outside and let it go.”